‘But he can’t walk! And he can’t talk’… Oh but he can, just with a bit of assistance and if you listen with not only your ears.

A teacher at my son’s soon to be school said this to me, it was genuine uncertainty on how Dax would fit into his classroom setting.

Dax is non-speaking, but boy does he have a lot to say.  It made me think. I understand his non-verbal cues, I know his dislikes and likes, I know his routine, I know Dax.  How were his classmates going to get to know him?

We had a few strategies that we implemented.

Firstly, we wrote a letter to the Kindergarten parents, introducing ourselves and Dax.  We wanted them to know it was ok to acknowledge Dax’s disabilities, but we hoped they would not define him.  We included some resources and also made parents aware that we were approachable for any questions.

Secondly, we made a poster for his class, which again introduced Dax, his likes, his hobbies, his families and why he does things a little bit different to them.

We shared some fundamental key word signs weekly in the first term, which enabled his peers to interact with him.  This soon spread to other classrooms; even Dax’s sisters class in Year 2 was learning them.

And lastly, which has been the most effective, we fed the natural curiosity of his peers when it arose.  We were present to answer their questions before and after school, and if we weren’t, we asked Dax’s teacher if she couldn’t answer the question to say, “That’s a great question, let’s ask Dax’s mum when she gets here”.  We explained that there were no silly questions.  This approach flowed on to other grades; I’ve had children in year six stop and ask me about his walker, his AFO’s.  There was a genuine interest and thirst for knowledge from the students. The questions were honest, sometimes confronting, but it opened up the communication channel, which has enabled us to celebrate his differences and highlight how diversity can be great.

These strategies have led to some meaningful relationships for Dax.  The interaction with his peers has seen a dramatic increase in his vocalisation. He has a newfound love of books (quite often, his classmates will read to him). He is so excited to be at school.  From all accounts from visiting therapists, teachers, aids and parents, not only has Dax thrived, but so have his peers, and it is beautiful to watch.

Examples of the resources that Bree used to introduce her son, Dax, to the school community. 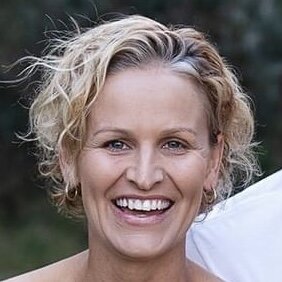 Bree is a mum of two, her second child Dax was born with Congenital Cytomegalovirus (CMV). Bree has a background in medical administration/management and has lived around Australia before settling on the south coast of NSW with her family. Bree is passionate about raising awareness about disability and manages several social media pages. Bree and her partner Mitchell love the outdoors and will always find a way to include Dax on their adventures with their daughter Dylan.

Copy to clipboard
Back to all